Over the last few decades, Nepal has endured economic hardship, a Maoist uprising that turned into a civil war, the collapse of a centuries-old monarchy, and the creation of a democratic federal republic. However, Nepal’s greatest crisis of modern time was arguably a result of geology rather than politics: the massive earthquakes that hit Nepal on 25 April and 12 May 2015 killed more than 8500 people, causing devastation across central parts of the country.

Nepal was a Hindu Kingdom under a constitutional monarchy until 2006. On 18 May 2006, the House of Representatives unanimously voted to curtail the power of the king and declared Nepal a secular state. On 28 December 2007, a bill was passed in parliament to amend Article 159 of the constitution – replacing “Provisions regarding the King” by “Provisions of the Head of the State” – declaring Nepal a federal republic, and thereby abolishing the monarchy. The bill came into force on 28 May 2008.

On 21 November 2006, Nepal’s decade-long armed conflict ended with the signing of the Comprehensive Peace Accord (CPA) between the Government and the Communist Party of Nepal (Maoist). A central pillar of the accord was the writing of a new constitution that would grant equal rights and opportunities to all Nepalese people. In April 2008, elections to the Constituent Assembly (CA) were held. The original timeframe of completing the constitution by 28 May 2010 proved too ambitious given the competing political agendas and the need for extensive public consultation. As a result, the term of the assembly was extended four times and with 27 May 2012 deemed the final deadline to prepare a draft constitution. However, the Assembly was not able to produce a constitution by this date and was subsequently dissolved.

Following a few months’ stalemate, the political parties agreed to go for a fresh mandate under an interim election government. Elections to the second Constituent Assembly were successfully held on 19 November 2013, resulting in the formation of a new government and a new 601-member Constituent Assembly. This CA was able to deliver the long-overdue constitution, which was promulgated by the President on 20 September 2015. The document, however, has provoked mixed reactions, with sections of the population and political groups staging protests against it, and demanding amendments.

Nepal, then, presently finds itself at a critical juncture: while on one hand it must prepare to transform from a unitary to federal structure, with the necessary changes to central, provincial and local systems; on the other, it has the additional burden of recovering from the devastating earthquake that struck the country in 2015 and pulling itself back on the path of sustainable development.

Nepal is among the poorest and least developed countries in the world, with about one-quarter of its population living below the poverty line, but has made notable socioeconomic progress in recent years. Literacy rates have increased, poverty rates have declined, gender disparities have narrowed, and social inclusion has improved. Nepal now strives to achieve the Sustainable Development Goals and to graduate from least-developed country status.  The country’s new constitution, proclaimed in September 2015, has paved the way for lasting peace and stability, with rapid and inclusive economic growth. However, challenges remain in implementing the provisions in the new constitution. Nepal also faces the challenges of recovering from the devastating earthquakes of 2015, which damaged or destroyed infrastructure and homes and set back economic development and pushed about 3% of the population below the poverty line. Political gridlock in the past several years and recent public protests, predominantly in the southern Tarai region, have hindered post-earthquake recovery and prevented much-needed economic reform. Additional challenges to Nepal’s growth include its landlocked geographic location, persistent power shortages, and underdeveloped transportation infrastructure.

There are many forms of volunteerism in Nepal, mainly in two areas: socio-cultural/religious and development. Volunteerism, as the basis of social relations, solidarity, self-help, social capital, local capacity, etc., is an integrated part of traditional Nepalese culture. In Nepali, the word for volunteer or volunteerism self service is Swayamsewak. Traditional volunteer activities that promote self help, sustainability and participatory approaches are common within communities. Public goods such as village trails and pathways, temples, inns, water taps and wells used to be built on a voluntary basis. Relief work during disasters such as floods, earthquakes, famine and epidemics are mostly done on a voluntary basis. Many problems in communities are even today solved though voluntary services. Self-help community groups such as Guthi (for the protection and conservation of temples) or Dharma Bhakari (for the collection of food reserves) are examples of traditional voluntary work in Nepali society.

The United Nations in Nepal 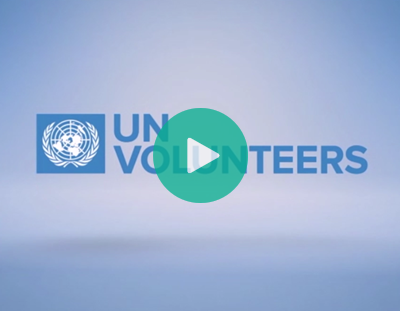